Meet the experienced and friendly doctors and staff who make Exclusively Eyecare the leading provider of vision care products and services in Omaha. 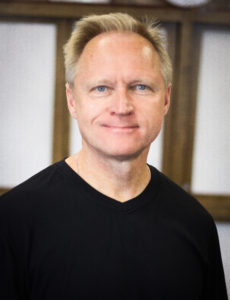 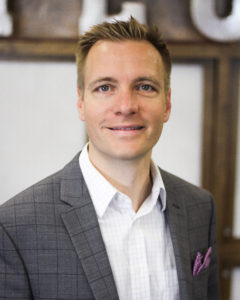 During his education, Dr. Wolfe received extensive training in all aspects of primary eyecare; including eye infections, cataracts, diabetic eye care, specialty contact lenses and pediatrics. He completed a rotation at BVA Advanced Eyecare in Tulsa, Oklahoma where he gained specialty training in minor surgical techniques, as well as therapeutic laser ocular surgery. Dr. Wolfe won the Golden Retinoscope Award, the Oklahoma College of Optometry’s highest distinction for clinical excellence. Dr. Wolfe also served as president of the American Optometric Student Association, where he represented over 6,000 members.  He is a member of the American Optometric Association and the Nebraska Optometric Association.

Dr. Wolfe has a passion for education.  He is a co-founder of KMK Board Certification Review Services, a company specializing in preparing Doctors of  Optometry to take the American Board of Optometry examination.  Hi is the founder of EyeCode Education, a company specializing in the clinical and billing education. He is the co-author of the book: KMK Optometry Board Certification Review Manual and KMK Update and EyeCode: Billing and Coding. Dr. Wolfe is a fellow in the American Academy of Optometry and a Diplomate of the American Board of Optometry.  He also has special  interests in theraputic scleral contact lenses to correct visual distortions in patients with corneal diseases.  Dr. Wolfe is an avid runner and most of all, he enjoys spending time with his wife Jaime, daughters Ryan, Paityn, Camryn, Logan, Maisyn and sons Lincoln, Deacon and Benton.

2016 Young Optometrist of the Year 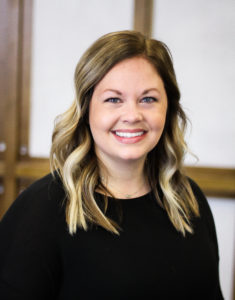 Dr. Lindsey Behrendt completed her Doctorate of Optometry at Southern College of Optometry in Memphis, Tennessee.  Her clinical externship training included an ocular disease focused rotation at the Robert Dole VA Medical Center in Wichita, Kansas and a contact lens and primary care rotation at a private practice in the Kansas City, Missouri area.  During her time at SCO, she was an active member of Student Volunteer Optometric Services to Humanity (SVOSH) and took part in mission trips to Mexico and Belize. Dr. Behrendt has continued her involvement in this organization as the president of VOSH-Nebraska.

She was born and raised in Oakley, Kansas and attended Kansas State University where she received a Bachelor of Science degree in Life Sciences with minors in Biology and Gerontology.

Dr. Behrendt practices primary eye care for patients of all ages.  She has specific interest in specialty contact lenses, family vision, pediatrics, and myopia control.  She holds membership in the American Optometric Association, Nebraska Optometric Association, American Academy of Optometry where she received her Fellowship in 2018, Academy of Orthokeratology and Myopia Control, and the Omaha Sunrise Lions Club.  Personally, Dr. Behrendt enjoys spending time with family, friends, and her husband, John, cheering on the Kansas State Wildcats, and traveling. 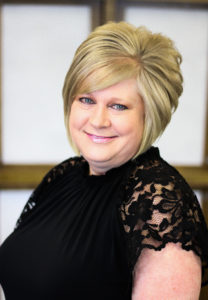 Kellie joined our staff in 2002.  She is a graduate of Burke High School and received her Bachelor of Arts Degree in Fashion Merchandising from the Dallas College of Fashion. She is certified as a Paraoptometric by the American Optometric Association. Kellie runs the front desk as well as assisting patients with contact lenses and eyewear selection. 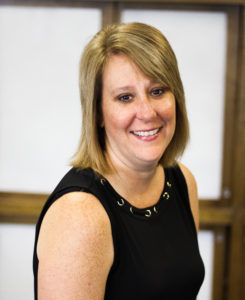 Lori joined our staff in November 2010, she has been in the optical for many years.  Lori has associates degree in Business Management from Brown Mackie Business College.  Lori enjoys spending time with her husband Thad, and their two boys Michael and Nicholas. Her hobbies include scrap booking, camping, fishing, and traveling out of town to visit family. 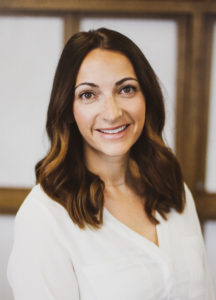 Alex joined our staff in March 2015. She is a 2005 graduate of Skutt Catholic High School and a 2009 graduate from Northeastern State University, where she received a Bachelor’s of Liberal Arts degree in Graphic Design.  Alex is certified as a Paraoptometric Assistant by the American Optometric Association. She administers our pretest scans, special test the doctors often request, and manages our social media and marketing. In here spare time, Alex stays active with her husband Ryan, and their 4 children Nyah, Danny, Liam and Rory. Outside of the office, Alex enjoys running, designing, the outdoors, and cooking and baking for her friends and family.

“After a bad experience with Lenscrafters, and returning glasses I got from them, I went to Exclusively Eyecare. I received excellent help picking out glasses. The selection and quality was outstanding, and the staff was professional, nice, and really helpful in finding me frames that worked for me. I have already referred others to them, and they have been equally impressed and pleased. They know what they are doing with insurance, so that saved me the hassles that I had other places. The prices might be a little higher, but it is WELL worth it.”

You can schedule your next eye exam with us online!